What Makes Us Married?
﻿Almost 100 years ago, Andrew Murray motivated by a waning understanding regarding the truth
and power inherent in God's covenants wrote that...

“One of the words of Scripture, which is almost going out of fashion, is the word 'Covenant'.
There was a time when it was the keynote of the theology and the Christian life of strong and
holy men. We know how deep in Scotland it entered into the national life and thought. It made
mighty men, to whom God, and His promise and power were wonderfully real. It will be found
still to bring strength and purpose to those who will take the trouble to bring all their life (Ed
comment: and their marriages) under control of the inspiring assurance that they are living in
covenant with a God who has sworn faithfully to fulfill in them every promise He has given.”

What you do both in marriage and becoming married is intended to be a model in how
you become born again with the assurance of eternal life. What must take place for a man and
woman to become one as husband and wife is also what must take place to become a Christian.
They must enter into a covenant with God, and provided by God. Ephesians 5:22-33
Here are some simple facts about what makes a man and a woman a husband and a wife.

1. Marriage is a covenant established by God between a man and a woman. Mal. 2:14-16,
Proverbs 2:10-18
2. God is the one who makes a man and a woman husband and wife. Matt. 19:4-6
3. Marriage is between a man and a woman. Genesis 2:21-24
4. The pattern in making a covenant is documented in the Bible.
(a) A statement of ideas was agreed upon (Gen. 26:29, 31:50-52).
(b) The agreement was sealed with and by an oath (Gen. 26:31, 31:48-52).
(c) The invocation of a curse was often present to ensure it would not be broken. This
was not always explicitly stated, but as in the case of Laban and Jacob it is
clearly inferred (Gen. 31:51-53). In the covenant between God and Israel it is
made very clear (Deut. 27:15-26).
(d) The covenant was ratified by some external act, often a ritual. Gen. 31:54 speaks of a meal
shared, and this probably included both parties to the contract. Certainly in
Israel the covenant was sealed with the ritual of blood-letting and sprinkling,
and the sacrifices offered were almost certainly eaten in fellowship with
Yahweh. This principle is inferred in I Cor. 11:14-22. The eating of the
Passover was a constant memorial of the event of the Passover and its meal
which itself formed some kind of a covenant of grace on God’s part.
Covenant and promise are bound together. Without covenant there is no sealed promise.
Without promise the covenant is pointless and baseless.
5. God does His part when a man and a woman do their part - make a vow or oath to one
another.
6. The covenant made is public, in front of witnesses who will attest to what has been
established. Gen. 31:44-54
A witness between two people or groups or nations often included a memorial as a witness where
people could always point back and remember.
7. A covenant always had a sign such as circumcision, or a rainbow in the covenant made by
God with Abraham. Today the sign or symbol is usually a ring.
8. A covenant always had stipulations. It could never be broken, only demonstrated based upon
obedience or disobedience to the covenant. Deut. 28 is a famous example.
9. In swearing an oath, it is always done by someone greater than one’s self. The understanding
is that there is then someone to whom both parties are accountable. God is the greatest authority
of all of course. He watches over the vows and the covenant of those entering in. If they break
their vows, they are accountable to one another and to God.
Stipulations always meant blessings for obedience and fidelity and consequences for
infidelity. In the case of one partner leaving or divorcing another there are consequences. Today,
since couples can easily tell the church and minister who solemnized their covenant that they will
no longer honor their marriage covenant there is little that the church can do legally. The
outworking of such a binding arrangement today, because of the hardness of most people’s hearts
in a divorce, is the law that comes into effect through the marriage license. The courts recognize
such rights and will often award each partner half of the assets as one of many consequences for
violating their marriage covenant. This is why today, in the eyes of God, a covenant of marriage
must include an agreed upon binding authority that each one will swear their devotion under. A
covenant without binding authority is not a covenant, and a marriage has not taken place. God
himself tells us in His Word to obey the laws of the land. In many states, including Minnesota,
common law marriage - living together for a period of time - is not recognized as a marriage.
10. There is a name change. In Genesis 17:5, 15 when God reaffirmed His covenant with
Abram, God said, “No longer shall your name be called Abram, but your name shall be
Abraham; for I will make you the father of a multitude of nations." “As for Sarai your wife, you
shall not call her name Sarai, but Sarah shall be her name.
As the wife takes on her husband's name, this change symbolizes the supernatural identity
and oneness God intended for the partners who had entered the marriage covenant.

Implications of marriage as a covenant include:

First, a covenant establishes a bond between two parties, in this case the husband and wife. At
the heart of this bond is a promise, the promise of faithfulness.

Third, a covenant is public. It is contracted before witnesses. There is a great difference between
the whispered pledges of a boy in the back seat of a car and the solemn vows of a young man
before God and witnesses in the ceremony of holy matrimony. This public character of the
covenant means that marriage is a social institution that society has an interest in preserving. As
an institution, marriage is regulated by the Word of God. That the marriage covenant is not
simply a private affair becomes clear when we consider divorce. Divorce wrecks the lives of
children. Divorce destroys peace of mind and damages the effectiveness of employees. Divorce
upsets friends and family. For Christians, an ungodly divorce forces the elders of the church to
exercise discipline. Marriage is the closest possible relationship between two depraved human
beings. Thus, marriage is potentially a wonder of grace or the scene of intense pain."

The covenant of marriage is the single most important human bond that holds all of God’s work
on the planet together. It is no small wonder that the Lord is passionate about the sanctity of
marriage and the stability of the home. This covenant of marriage is based on the covenant God
has made with us. It is in the power of His promise to her mankind that our personal covenant of
marriage can be kept against the forces that would destroy homes and ruin lives." (Hayford, J. W.
The Spirit-Filled Family : Holy Wisdom to Build Happy Homes. Nashville: Thomas Nelson)
(Bolding added)

"For the past two years I have had a growing concern that the Christian community has passively
watched the "dumbing down" of the marriage covenant. Marriage has become little more than an
upgraded social contract between two people—not a holy covenant between a man and a woman
and their God for a lifetime. In the Old Testament days a covenant was solemn and binding.
When two people entered into a covenant with one another, a goat or lamb would be slain and its
carcass would be cut in half. With the two halves separated and lying on the ground, the two
people who had formed the covenant would solemnize their promise by walking between the two
halves (Ed note: see Covenant: A Walk into Death) saying, "May God do so to me [cut me in
half] if I ever break this covenant with you and God!" You get the feeling that a covenant in
those days had just a little more substance than today." (from The Covenant of Marriage)
(Bolding and links added)

It is important to realize, especially in our day and age, 2012, that many people are just
coming into a knowledge of age old biblical truth. It takes time for all of us to come to the place
of conviction and faith and experience with God to be able to live by faith instead of by feelings
and opinions and past hurts. It’s one thing to expose people to what the Bible says about things
like marriage or purity or holiness. It’s another to minister to people the grace, encouragement
and faith that it takes to make a change. God changes us with His power and patience, and we
ought to remember that in our own lives so that we are not too hard on ourselves or others. But
by the same token, we can’t afford to water down the truth that sets a nation free. There is a high
standard, and we must come up to the power of God’s love to climb up to that standard.
We’re living in a society where many ministers don’t even know what makes a man and a
woman married. Simply put, it is vows made to God and one another, in the presence of
witnesses, where the couple agrees to certain obligations and promises, and whereby they trust in
God to help them walk them out. It is intended to be a reflection of the covenant bond that
Christians have with Jesus Christ, and it is both a private and a public reality.

What we have vowed, God has promised to keep.  What He has  joined, no man can destroy.
Cornerstone Magazine 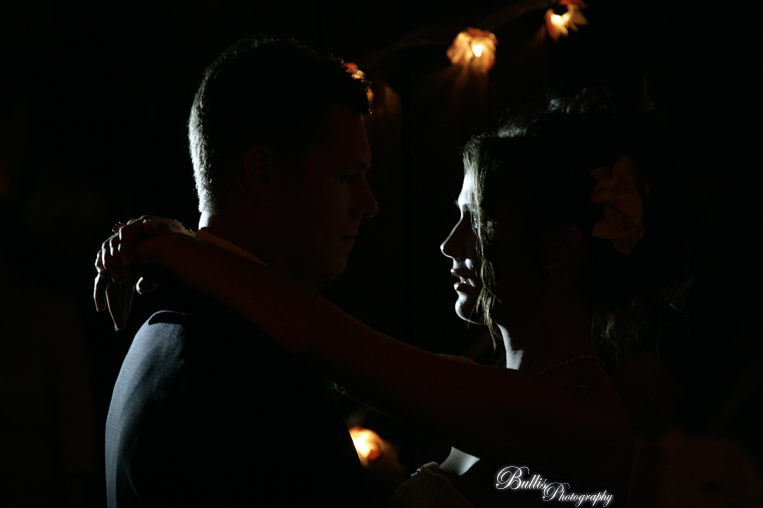